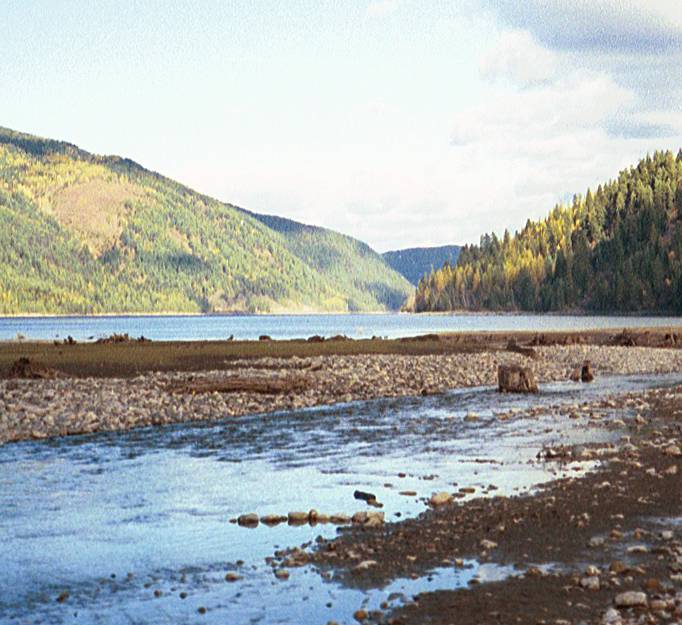 Identifying Characteristics: Like all salmonids, brown trout have a fleshy adipose fin located between the dorsal fin and caudal fin (tail). Commonly, brown trout have a golden brown background color yet this can be less vivid or even nonexistent in some individuals. Brown trout differ from other salmonids, especially trout, by having dark spots on their sides surrounded by pale halos; they can also have red spots with halos but this should not be used as a distinguishing characteristic. Spots on the back can either be irregular or round but lack vermiculations (wavy lines). Brown trout have a sqaurish tail with or without spots. Brown trout fry are the only salmonid fry with an orange adipose fin.

Status: Not native to the Pend Oreille Watershed. Brown trout are classified as a “game species” by WDFW.

Species Notes: Brown trout may be the most common adfluvial salmonid species present in the Pend Oreille River and its tributaries (GEI Consultants 2004). Of all the trout species, brown trout have the ability to withstand and thrive in seasonally warmer water temperatures (Wydoski and Whitney 2003). This species has the capability to thrive in various conditions, grow fast and attain large sizes which likely explains its value as a sport fish.